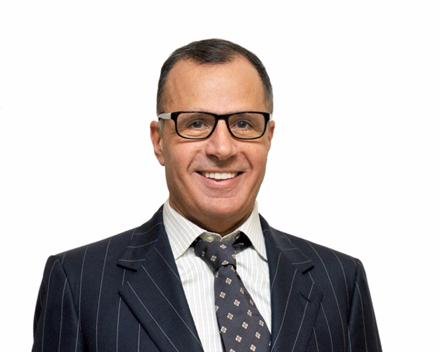 Who is Sol Zakay?

Sol Zakay is CEO and Founder of Topland Group, which made its fortune in real estate, alongside his brother Eddie, through a series of judicious investments.

He was born in Israel and has gone on to become number 51 on The Sunday Times Rich List 2022, which estimates Sol and Eddie Zakay's net worth at £3.4bn.

Sol Zakay heads the business in the UK with his brother Eddie. The business began during the property boom of the early 1990s. Predominantly focussed on real estate, Sol’s Topland Group, one of the largest privately owned real estate, lending and private equity businesses in Europe, also has investments in healthcare, energy and hospitality.

A rare 2008 interview with The Times described Sol as establishing his family's fortune through judicious property investments over two decades. The Times also credits Sol with the ‘sophisticated property finance structure’ that helped to build Topland to the size it is today.

In 2001 Sol Zakay secured a Sale and Leaseback Agreement with Marks and Spencer for £348m, described by property week as 'the deal of the decade', which saw them purchase 76 stores including 13 in London totalling 3.5m sq ft.

2004 saw a similar deal with Tesco, in which 33 stores were purchased for £650m in a joint venture with the UKs largest supermarket retailer. In 2007 Topland sold their 50% stake in Tesco for over £1 billion.

Internationally, in 2008, Topland agreed the purchase of a 15-strong retail portfolio for £289 million with Spanish retailer Eroski in Spain’s biggest hypermarket sale and leaseback deal.

Also in 2008 Sol Zakay partnered with Duet Group and Indian residential developer South Asian Real Estate (SARE) to purchase around 800 acres of land in three cities throughout India in order to develop 31m sq ft of residential property with an end value of £900m.

In 2011 Sol Zakay's, Topland teamed with Barclays to co-invest in natural resources. Topland invested in nine BNRI companies with a total equity commitment of $660m across a number of sectors including renewable energy.

Topland expanded into Hotels in 2013 with the purchase of the 12-strong Menzies Hotel Group for £110 million as well as eight Hallmark Hotels for £75 million as well as the North West collection of Feathers Hotels taking their total hotel portfolio acquisition to £200m in 2015.

After combining all three groups under the Hallmark Hotels banner, Sol and Topland sold Hallmark to a consortium of overseas investors.

In a rare interview with The Times, Sol Zakay commented: "Doomsday scenarios are haunting the market and the perception is that private property companies are in trouble. But the reality for some of us is altogether different. We knew the market would turn and we’re ready for it."

Sol Zakay has worked with Jewish Care for the 13 years hosting the Jewish Care Business Lunch which in 2022 raised over £400,000 to support the Jewish community in London and the South East.

Sol Zakay was given an award for Continuous support of Israel’s economy through the International Bonds Campaign Award from the Israel Chamber of Economics.

In 2009 Sol was awarded Most Promising Newcomer of the Year at the annual Variety Club Property Awards. The longer it stands, the more sustainable it is – so why knock it down?

With ESG and NetZero so high on today's business agenda I thought it was fitting to talk about our new asset in Kensington, Allen House.

Our latest £50m West London residential acquisition was originally marked for demolition for the ease of process and a reduction in cost. However, we’ve chosen to work closely with Residence One and O&D London on a significant renovation project that retains the original structure.

By doing this we’re not only hugely reducing our carbon footprint and scope one and two emissions, but also limiting impact on local residents who live in the Kensington and Chelsea borough.

You can read more about our work on Allen House here in a piece I wrote for exclusively for React News (£).
LEARN MORE